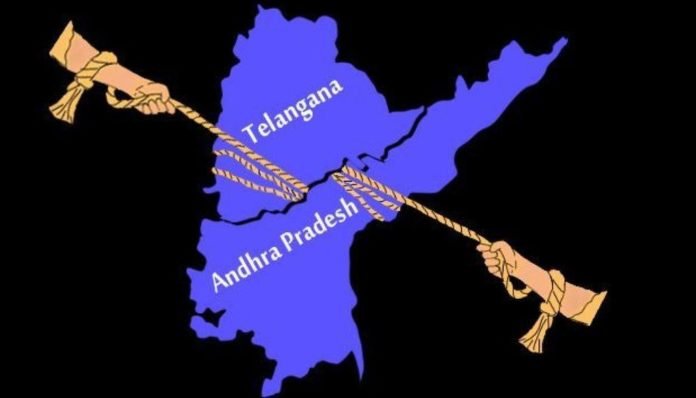 More than five years after the bifurcation of Telangana and Andhra Pradesh, a longstanding dispute between the states over the distribution of staff from power utility companies was believed to have been resolved in December.

About 10 days ago, the Supreme Court-appointed Justice DM Dharmadhikari Committee had finalised the allocation of electricity employees between the two states.

However, the 655 employees who were relieved from the Telangana power companies on Saturday, as per the committee’s recommendations, are now faced with uncertainty, as the Andhra Pradesh counterparts have refused to absorb them.

According to sources, the Andhra Pradesh State Electricity Board Engineers’ Association (APSEBEA) is considering approaching the SC for a stay on the matter, even as the relieved employees mull legal action against the power companies of both states for leaving them in the lurch.

After the official formation of the Telangana state on June 2, 2014, the parent companies of the different bifurcated bodies – the power generation bodies (APGENCO and TSGENCO), transmission bodies (APTRANSCO and TSTRANSCO) and the distribution companies (APSPDCL, TSSPDCL, APEPDCL, TSNPDCL) – were empowered to carry out permanent allocation of their staff by dividing them between the two states.

With the management failing to do this within the stipulated period of one year, soon after the deadline passed the Telangana power companies relieved 1,157 employees, deciding that they belonged to Andhra Pradesh, says APSEBEA President M Vedavyasa Rao. These 1,157 employees were picked based on their service register records, which showed their place of birth, education and recruitment.

The Telangana government claimed that if those from Andhra continued within key positions in the state’s power companies, it would hamper the chances of Telangana natives, and dilute the agitation for separate statehood.

According to the Telangana Electricity Employees’ Joint Action Committee (TEEJAC) chairman N Sivaji, up to 2007 there was no local reservation for jobs in the power sector.

“It was people from Andhra Pradesh who were in positions of authority. They would recruit people from Andhra and then promote them and bring them to Telangana,” he says, alleging that Andhra employees continued to remain in powerful positions in Telangana districts, denying opportunities to natives.

“The injustice of the absence of local reservation before 2007 is still being carried forward,” he says.

The Andhra employees, on the other hand, believe that allocating employees based on their place of origin, years after they migrated to Telangana, is unfair.

The APSEBEA contested the relieving orders and obtained a court order against the decision soon after the employees were relieved in July 2015. The 1,157 employees were reabsorbed into the Telangana companies’ payroll temporarily at the time, while the Dharmadhikari committee was tasked with completing the employee allocation.

According to Vedavyasa Rao, there are a total of 8,645 state cadre employees to be allocated among the power companies of both states.

The 1,157 employees, who were labelled as Andhra employees based on their records, were given an option to choose between Telangana and Andhra Pradesh. While 613 of them opted for Andhra, another 42, who have not exercised either option, have also been allotted to Andhra Pradesh by the Dharmadhikari panel. The remaining 502 employees will continue to work in Telangana.

The APSEBEA, however, is unwilling to accept these 655 employees who have now been relieved by Telangana, claiming that it cannot afford to create such a huge number of supernumerary posts.

“We would have to create new posts for them. At senior level, they would have to share offices and other perks with their counterparts. Duties would have to be divided, but only until they retire, as the post would then have to be wound up. Besides, their salaries, pensions and other expenses will amount to a burden of about Rs 4,500 crore for the coming 30 years,” Vedavyasa Rao said, insisting that an equal number of employees must be sent from Andhra Pradesh to Telangana.

While 265 employees from Andhra Pradesh had opted for a transfer to Telangana, the Dharmadhikari committee had earlier decided to review their requests on a case by basis.

Sivaji said that most of these requests were found to be invalid, and that these employees are unlikely to be absorbed into Telangana.

However, he argues that in 2016, 242 employees were allocated by the committee from Andhra Pradesh to Telangana, with supernumerary posts created for them.

Another issue of contention for APSEBEA has been the relocation of employees of TSNPDCL. Vedavyasa Rao insists that TSNPDCL and APEPDCL were unaffected by the bifurcation, as the districts they serve have remained within Telangana and Andhra Pradesh respectively.

He therefore argues that these TSNPDCL employees cannot be sent back to Andhra Pradesh.

Telangana employees on the other hand insist that most of these employees had been recruited from parent companies in Andhra Pradesh.

“Many posts were created for them when the APSEB was rebundled. There were many people who joined through APEPDCL, APGENCO and APTRANSCO and then got transferred to Telangana. This happened because they (Andhra employees) were in positions of power,” Sivaji says.

“If Andhra Pradesh won’t take its people, how can we take them?” asks Sivaji, adding that accommodating these employees will affect the promotions of Telangana employees.

The committee’s decision has left both parties unhappy, with Andhra Pradesh looking to reduce the number of employees it has to absorb and Telangana expressing dissatisfaction that many employees native to Andhra Pradesh will continue to work in Telangana.

The issue had earlier given rise to tensions with the Telangana employees threatening to strike if Andhra Pradesh natives continued to be employed in Telangana.

The Dharmadhikari committee, which was expected to arrive on a consensus in six months, ended up taking almost a year to announce the final decision, with repeated disagreements and discussions from both sides.

With Telangana now relieving the employees and Andhra Pradesh refusing to take them back, the dispute remains unresolved and the fate of the 655 employees uncertain.