Chief Minister inaugurated the free software programme of Kerala State Electricity Board Oruma at Co-Bank Towers, Thiruvananthapuram on 10th March 2008. It came as the culmination of the vision to liberate Government organizations like K.S.E.B from the clutches of Digital Rights Management (DRM) – enabled products. This is also a turning point at the application level in the information technology sector in the State. An attempt at computerization of K.S.E.B made by the U.D.F. Government using Microsoft had ended in total confusion. The audit of KSEB accounts revealed that the Board incurred a loss of Rs. 70 crores due to the confusion and anomalies in the bills.

The LDF Government has had a change of perception and Microsoft and decided that the Board might very well use a to be developed by its own personnel using free software.

The Board will have an initial saving of Rs. 4 crores by switching over to the new programme. The recurring expenses of several cores can be saved besides. However, the greatest achievement will be that KSEB will not be forced to stand at the behest of Microsoft. Software will increase efficiency in the functioning of the State Electricity Board. This programme will help to prepare bills, register service connections, keep accounts and maintain all relevant data about consumers, etc. The programme also has space for developing facilities for payment of electricity charges through the internet, registering complaints, etc in the near future. In short, what K.S.E.B has achieved through Oruma programme is a silent revolution in the administration of KSEB.

Oruma�, as this platform of billing system is called, was developed by the KSEB with its own expertise. Trials in operational environment have shown it quite superior to the platform on proprietary software ‘JYOTHI’ developed by the KSEB in 2003 with hired expertise.
The KSEB will also save Rs.9.5 crore on licence fee and software upgrading because of the shift to free software.

The KSEB Officers� Association and a group of independent software experts had come out against the �hidden costs� and also the �errors� in the platform on proprietary software at the time of its pilot launch in 2003. The study report of KSEB Officers’ Association in this regard is available for free download. 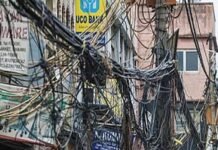 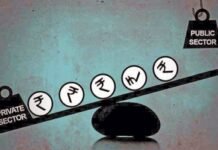