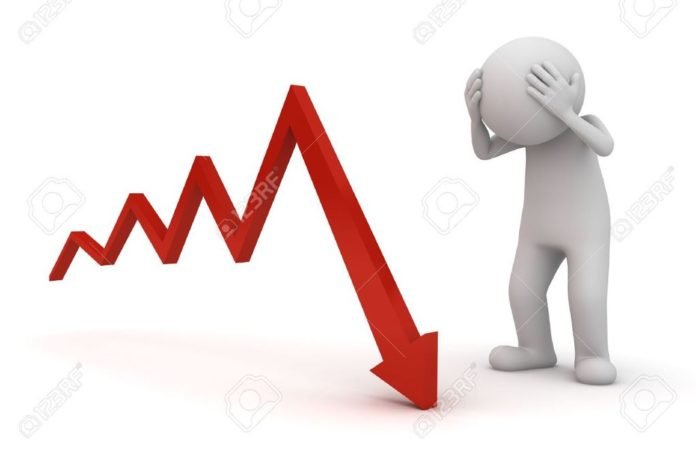 While the usually rising power demand has fallen since August 2019, the decline has been sharper in the industrialised states of Maharashtra and Gujarat. This controverts the government’s attribution of the historic fall in electricity consumption in the country during recent months to ‘extended monsoon’ and the consequent “reduction in demand in agriculture sector and the reduction in cooling requirement in the domestic and commercial sectors”.

In the festive month of October, power consumption in the country dropped 12.5% on year; the fall was a steeper 18.8% in Prime Minister Narendra Modi’s home state Gujarat and an even more pronounced 21.2% in Maharashtra.

Given that industrial and commercial consumers have a much higher share in total power consumption in both these states (54% in Gujarat and 46% in Maharashtra) compared with pan-India average of nearly 40%, it is clear muted activity in factories has been one of the principal reasons for the fall in demand for electricity.

While the rate of growth of power consumption had been falling since early this financial year, a phase of contraction began in August.

Electricity consumed in August-November 2019 was 12.5% lower than in the year-ago period in Gujarat, while the fall was 13.2% in Maharashtra and 4.7% on pan-India basis.

Of course, an unfavourable base also contributed to the trend of dipping electricity use, but not to the extent the impact from industrial slowdown could be negated. Electricity consumed in the country in October 2018 was up 11.8% y-o-y, in the run-up to the Lok Sabha elections. The consumption grew at a stratospheric 26.2% in Maharashtra in October 2018, but rose slightly below the pan-India rate in Gujarat (11.4%). So the industrial activity appears to have been hit the hardest in Gujarat.

The decline in power consumption is also being reflected in low utilisation levels, measured by plant load factor (PLF), at thermal power plants. PLF of coal-based power plants — many of which are anyway stressed due to lack of adequate demand and coal supply issues — touched an all-time low of 48.9% in October (the PLF was 61% in FY19 and 64.3% in FY15).

In terms of peak demand — which reflects the highest power requirement level reached at a particular moment — most states including Gujarat, Maharashtra and Tamil Nadu have recorded positive growth in the ongoing fiscal year as well. However, experts point out that peak demand is largely a function of unplanned surge in residential and domestic power usage, usually seen during festive seasons.

“The reduction in consumption with an increasing peak demand can be linked to the economic slowdown and reduction in number of shifts of production,” said Sambitosh Mohapatra, partner, power and utilities at PwC India. “The potential for time-of-day tariff to incentivise the flattening of the peak load and load balancing for agriculture remains,” Mohapatra added.

However, power demand seems to have started improving, of late. Electricity requirement since December 16 has been more than the corresponding days in FY19.

Amongst all kinds of consumers including households and industrial and commercial units, India consumed 8.76 lakh million units (MU) of electricity in April-November this year, compared with 8.64 lakh MU in the year-ago period.

In FY19, the country had consumed 12.68 lakh MUs of electricity.