Russia’s Akademik Lomonosov, the world’s first industrial floating NPP (FNPP) began producing electricity on 19 December. The FNPP transmitted its first electric energy to the isolated network of Chaun-Bilibino junction of Chukotka Autonomous Okrug in the city of Pevek,” according to nuclear utility Rosenergoatom, part of state nuclear corporation Rosatom.  Rosenergoatom added that Akademik Lomonosov would be connected to Pevek’s heating networks and be put into industrial operation in 2020.

The FNPP, named after the 18th century Russian scientist Mikhail Lomonosov, is designed to supply electricity to some of Russia’s least accessible areas in the Far North and the Far East, and to off-shore oil and gas platforms. Akademik Lomonosov is the flagship of Russia’s Project 20870 on mobile transportable low power units. It is equipped with two KLT-40S reactor units, each capable of generating 35MWe, which is enough to supply a town with a population of around 100,000 people. The vessel is around 140 metres long and 30 metres wide, with a displacement exceeding 20,000 tonnes and a lifespan estimated at 40 years. For Pevek residents, the event was symbolised by turning on the lights of the town’s New Year tree.

Earlier, the commission of the Far Eastern Department of the Federal Service for Ecological, Technological and Nuclear Supervision (Rostekhnadzor) issued an operating permit and approval to connect the FNPP to the northern electricity networks of Chukotenergo JSC. Rosenergoatom Director General Andrei Petrov said a major step had been taken towards the development of Pevek “as the new energy capital of the region, a stronghold for the development of western Chukotka and a key link in the Northern Sea Route”. He added that the main objective of 2019 had been successfully completed, and the task for 2020 “is to complete the commissioning of the FNPP for commercial operation”.

Before the FNPP was synchronised with the parameters of the coastal network,  construction of onshore facilities was completed, ensuring the transfer of electric energy to the high-voltage networks of the Chukotka Autonomous Region, and a large amount of work was also carried out on construction of the engineering heat supply networks. The head of Rosenergoatom’s  Directorate for the Construction and Operation of Floating Nuclear Thermal Power Plants, Vitaliy Trutnev, said a wide range of tests and checks were carried out at various stages of capacity development. He also emphasised that safety issues have always been the main priority. “All measures necessary to confirm the reliability and safety of the FNPP operation were carried out in accordance with the schedule,” he said.

Rosatom Director-General Alexey Likhachov said Akademik Lomonosov had become  the world’s first nuclear power plant based on small modular reactor technology to generate electricity. “This is a remarkable milestone for both the Russian and the world’s nuclear energy industry. This is also a major step in establishing Pevek as the new energy capital of the region,” he said.

The FNPP will supply power to the Chukotka Autonomous Okrug and heat to the city of Pevek. It will eventually replace the capacities of the technologically obsolete Bilibino NPP and the coal-fired Chaun plant.  Rosatom is already working on the second generation of the FNPPs – the Optimised Floating Power Unit (OFPU), which will be smaller and more powerful than its predecessor. It will be equipped with two RITM-200M reactors with a total capacity of 100MWe. 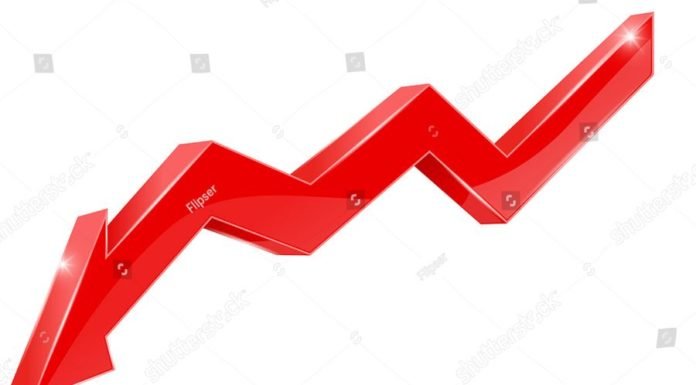 Electricity supply falls for 5th straight month to 1.1% amid slowdown